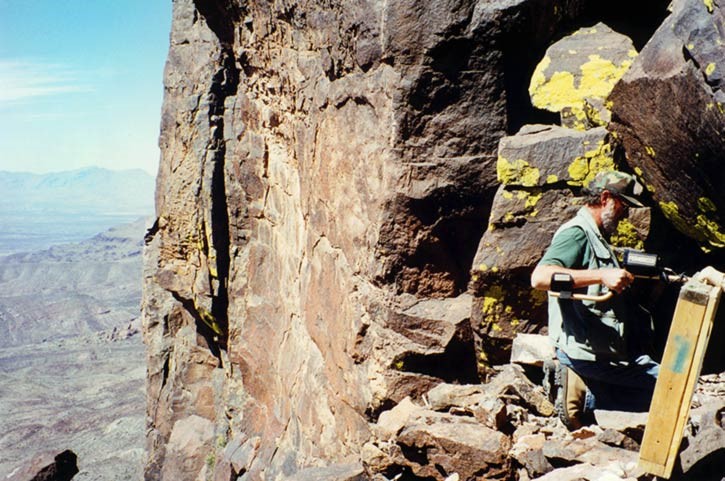 Robert J. Mallouf has been conducting archeological research and preservation work in Texas for over 50 years and served as Texas State Archaeologist from 1981 to 1995, and as director of the Center for Big Bend Studies and assistant professor of anthropology at Sul Ross State University from 1995 to 2008, when he retired. He has authored numerous publications related to the archaeology of Texas, as well as western Kansas and northeastern Chihuahua, Mexico. Mallouf received B.A. and M.A. degrees in anthropology from the University of Texas at Austin, and also studied at the University of California at Berkeley and the American University of Cairo, Egypt. A native of Brownwood, Texas, his background includes work as varied as commercial fishing in the Gulf of Mexico, marketing in California, and forestry and rescue work with the National Park Service in Arizona. Robert and his wife Becky live in Alpine, Texas.

1977 An Archaeological Reconnaissance in the Lower Canyons of the Rio Grande. Office of the State Archaeologist Survey Report 22, Texas Historical Commission, Austin.

2005 Late Archaic Foragers of Eastern Trans-Pecos Texas and the Big Bend. In Current Perspectives on the Late Archaic Along the Borderlands, Bradley Vierra, ed., pp. 219-246. University of Texas Press.