The interview lasts 8 minutes and is a 1.89 MB download.

Travelers to West Texas have often marveled at the stunning beauty of the Chinati Mountains. But it’s unlikely many of them know the history of the people who lived among those mountains, in Texas’ remote Big Bend region.Now, archaeologist David Keller tells the story of the people who lived in settlements in the Chinati’s Pinto Canyon in his new book, “In the Shadow of the Chinatis.”Keller is senior project archaeologist at Sul Ross State University’s Center for Big Bend Studies.

“I got a sense in that canyon of its timelessness, but no real sense of history,” Keller says. “[I] knew that there were people there but the ruins weren’t telling me much. So I really yearned to know more, and this book was a result of that inquiry.”

Keller’s research for the book was almost a decade-long process, partially because there wasn’t much documentation to work with.

“There are a lot of people to talk to, a lot of rocks to turn over,” Keller says. “It was a lot of sleuthing to really kind of uncover the story because it had been one that had really been lost to time. It took an incredible amount of research to really kind of place its pieces together.”

The book recounts how humans adapted to the harsh environmental conditions in the Chinatis. 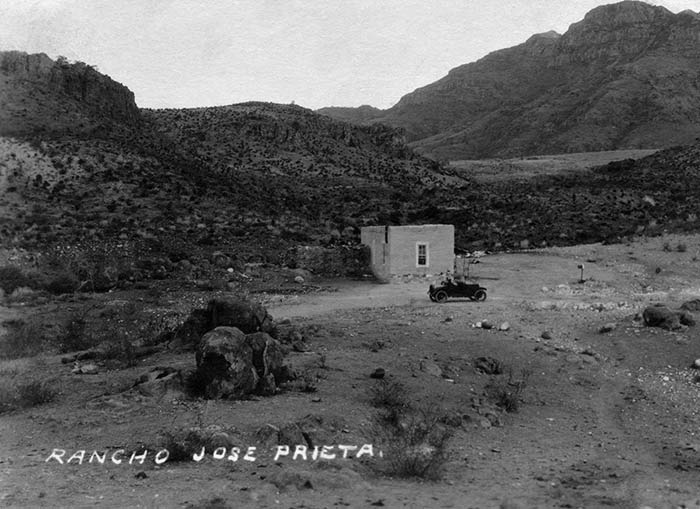 It also delves into the era when ranching started to become a lucrative business in Texas – something that those in the Big Bend couldn’t easily benefit from.

“The ruggedness of the land itself pretty much hastened its transition out of agriculture,” Keller says. “The new kinds of landowners that came in … were not coming in an attempt to make the land pay for itself; they weren’t coming for economic reasons. They were coming for other reasons, whether that was hunting or recreation or conservation reasons. It’s been a definite trend, and it’s been a definite change in the sociological landscape of the region.”

Keller tells the story of Jose Prieto and his family, who, against all odds, successfully ran a 12,000-acre cattle ranch in the region.

“He had a really good sense of business: he knew livestock, he knew sheep and goats and he was incredibly hard working. I think the combination of those things, and a real sense of frugality, allowed him to really prosper down there in ways that very few other people did,” Keller says.

Keller recounts other challenges the Prieto family faced, including the Great Depression and the youngest Prieto child’s death at the hands of a Texas Ranger.

“Unless these stories are told, they are forgotten,” Keller says. “I think it’s incumbent on us as people, as historians and storytellers to keep those stories alive because it would have been tragic to lose this story.”