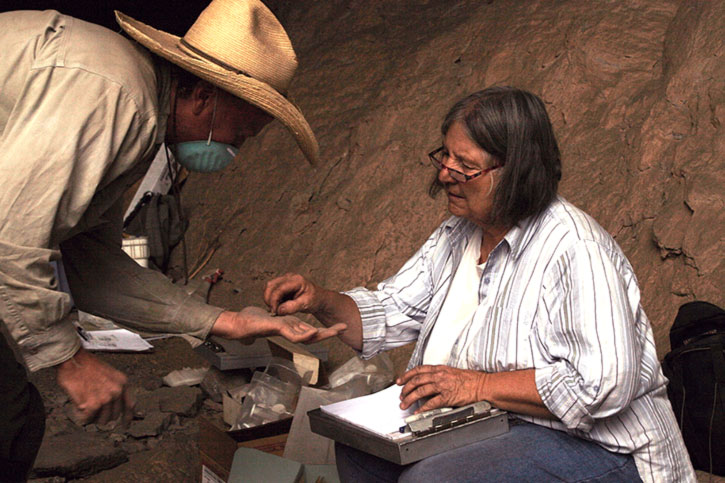 Andrea earned a B.A. in anthropology from the University of New Hampshire in Durham. She wrote her thesis on the prehistory of the upper Connecticut River valley and published several articles regarding her research. She was employed as an archaeologist in New England for seventeen years at Dartmouth College as a field school assistant and for several CRM firms as a surveyor, excavator, researcher, and writer. Andrea moved to the Big Bend in 1993 to begin construction of an earth-sheltered adobe house in the Christmas Mountains. She began working for the CBBS in 1997 on surveys, excavations, CRM projects, research, and writing. She has written CRM reports for the CBBS, and her book, The Paradise Site—A Middle Archaic Campsite on the 02 Ranch, was published in 2006. She continues to build her house, and research and write about the Middle Archaic period in the eastern Trans-Pecos.